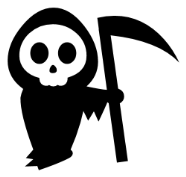 In June 1979, an unknown person or persons under the pseudonym R. C. Christian hired Elberton Granite Finishing Company to build the structure.

In 2008, the stones were defaced with polyurethane paint and graffiti with slogans such as "Death to the new world order". Wired magazine called the defacement "the first serious act of vandalism in the Guidestones' history".

In September 2014, an employee of the Elbert County maintenance department contacted the FBI when the stones were vandalised with graffiti including the phrase "I Am Isis, goddess of love". On September 22nd (after a tip on September 11th), local blogger Van Smith reported that a granite cube inscribed with the numbers "20" and "14" had been installed in a square notch in the corner of the English language stone. Smith noted the notch's appearance in 2009.[unreliable source?] The cube was later removed and destroyed by somebody who appeared to be an Elberton official, as recorded in a video which showed additional markings of "8", "16", "MM" and "JAM".