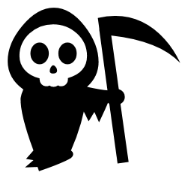 Yoko Ono and others have praised the inscribed messages as "a stirring call to rational thinking", while Wired.com stated that unspecified opponents have labeled them as the "Ten Commandments of the Antichrist".

The Guidestones have become a subject of interest for conspiracy theorists. One of them, an activist named Mark Dice, demanded that the Guidestones "be smashed into a million pieces, and then the rubble used for a construction project", claiming that the Guidestones are of "a deep Satanic origin", and that R. C. Christian belongs to "a Luciferian secret society" related to the New World Order. At the unveiling of the monument, a local minister proclaimed that he believed the monument was "for sun worshipers, for cult worship and for devil worship". Others have suggested that the stones were commissioned by the Rosicrucians.

Computer analyst Van Smith said the monument's dimensions predicted the height of the Burj Khalifa, the tallest building in the world which opened in Dubai over thirty years after the Georgia Guidestones were designed. Smith said the builders of the Guidestones were likely aware of the Burj Khalifa project which he compared to the biblical Tower of Babel.

The most widely agreed-upon interpretation of the stones is that they describe the basic concepts required to rebuild a devastated civilization. Brad Meltzer notes that the stones were built in 1979 at the height of the Cold War, and may have been intended as a message to the possible survivors of a World War III. The engraved suggestion to keep humanity's population below 500 million could have been made under the assumption that it had already been reduced below this number.